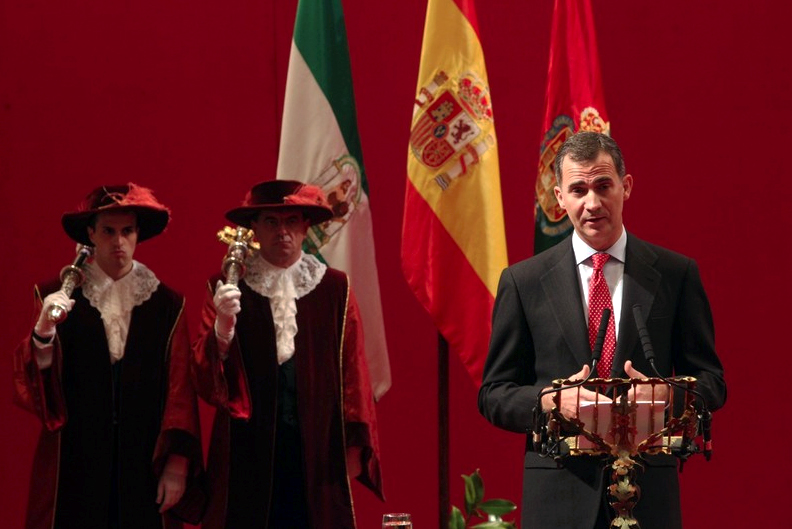 Speech by HRH The Prince of Asturias

Federico García Lorca was born in the countryside on the outskirts of Granada. He breathed the city’s air, the intimacy of its little squares, and crossed the ocean to embrace the streets of New York and the music of Havana. Lorca took the Granada past traditions and turned them into a living present, marking the path for the future. And that’s what the city of Granada is doing today by taking his name for its new poetry prize. The figure of Lorca is closely linked to his city. “If I die, leave the windows open,” he ordered in one of his poems. Now Granada has managed to respect that wish.

Extract from the speech by HRH The Prince of Asturias (now HM King Felipe VI) at the first Lorca Award ceremony in 2004.